Of Stack Flows and Lap Charts 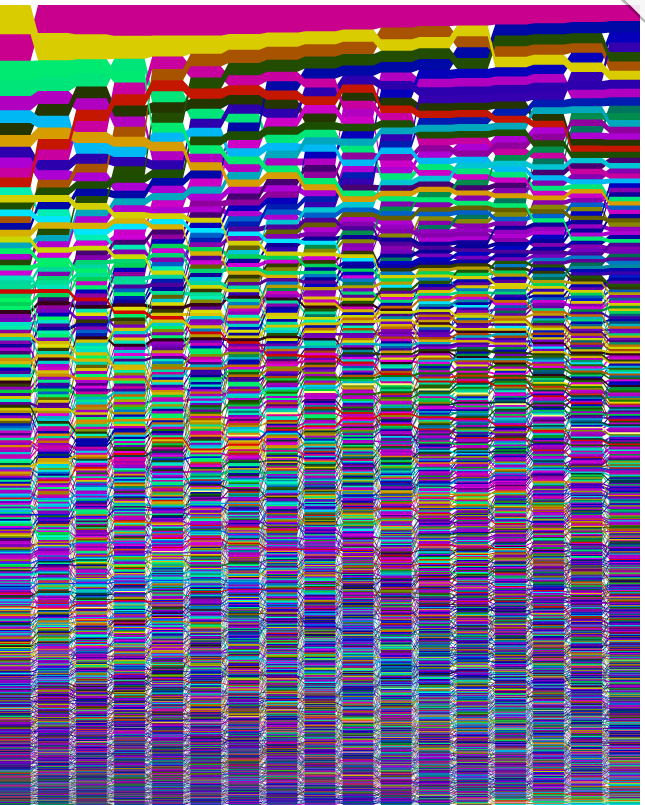 I'm an avid follower of Formula 1 motor sport, so when I saw the "stack flow" visualization shown above on the Impure blog I was intrigued. The stack flow shows the 590 most populated cities sorted column-by-column according to their populations every five years between 1950 and 2010, and projected to 2025. This kind of data is similar to the lap-by-lap placings of drivers in a (F1) motor race. Shown below is the lap chart for the 2011 Chinese F1 Grand Prix.

As static displays of data both the stack flow and lap chart can be difficult to comprehend.  Did you notice Mark Webber's amazing drive from 18th on the grid to 3rd at the chequered flag?  How about Dhaka's rise from near the bottom of the rankings in 1950 to the world's fourth largest city by 2025?

I didn't think so.  I knew about the former so could look for it but was able to find the latter fairly easily because the stack flow is interactive.  Brushing a city highlights it in the visualization making it easier to see how its population rank changes over time (see examples below).  This interactive element is just what is needed to make lap charts more comprehensible. 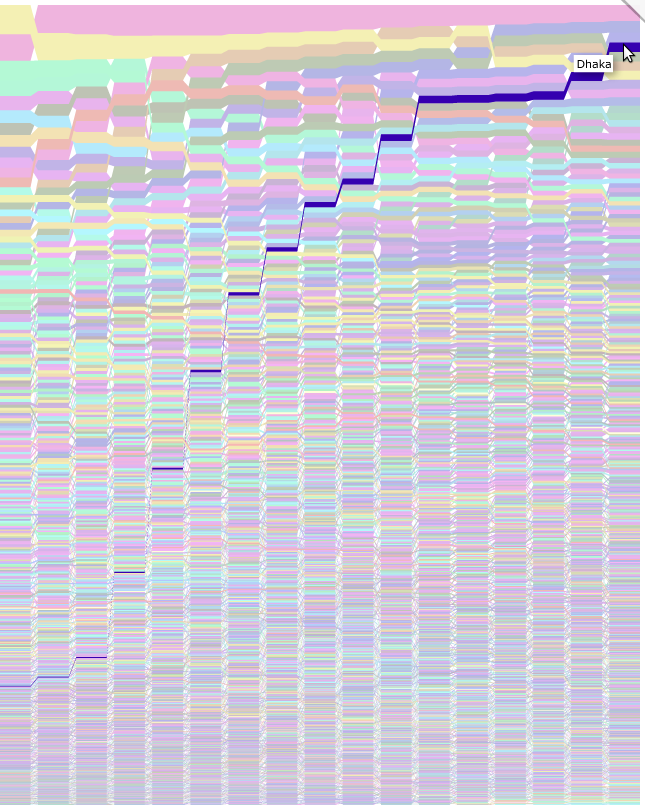